Kent, Wash.-based Starfish Space says it’s raised $7 million to boost its drive to develop a space tug capable of moving objects into different orbits — or sending them down through the atmosphere for safe disposal.

The seed funding round was co-led by NFX and MaC Venture Capital, with participation from PSL Ventures, Boost VC, Liquid2 Ventures and Hypothesis. 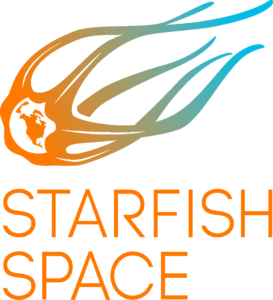 The centerpiece of Starfish’s business plan is the Otter space tug, a small satellite that would be capable of capturing and moving other objects in orbit. Such a capability could address two of the emerging challenges in the satellite industry: extending the operating life of large, expensive geostationary spacecraft; and disposing of obsolete spacecraft and other space debris.

Other companies, including Northrop Grumman, are further along in tests of satellite servicing spacecraft, but Fenty said “we believe the team at Starfish and their Otter space tug will be able to do this better than anyone else in the market, thanks to their novel technology.”

In addition to hardware development for the Otter, Starfish has been working on a software package for performing rendezvous, proximity operations and docking. The software, known as Cephalopod, is currently undergoing on-orbit testing in connection with the thruster system on Orbit Fab’s Tanker-001 Tenzing prototype refueling satellite.

Similarly, the fresh infusion of $7 million in private investment will go toward doubling Starfish’s team of eight full-time employees and accelerating the development of technologies for the Otter space tug. The company said it will focus on increasing confidence in operations around a client spacecraft, which it sees as a critical step toward building an off-world economy.

Starfish acknowledges that it’ll have to raise more funds to get Otter off the ground.

“At Starfish Space, we’re trying to change the way humans interact with the universe around us,” Link said. “There’s still a lot to do, but we’re now in a position to build on our early successes.”