At the end of March, TechCrunch reported that buzzy startup Pipe — which aims to be the “Nasdaq for revenue” — had raised $150 million in a round of funding that values the fintech at $2 billion.

Well, that deal has closed and in the end, Miami-based Pipe confirms that it has actually raised $250 million at a $2 billion valuation in a round that was “massively oversubscribed,” according to co-founder and co-CEO Harry Hurst.

“We had originally allocated $150 million for the round, but capped it at $250 million although we could have raised significantly more,” he told TechCrunch.

The investment comes about 2 ½ months after Pipe raised $50 million in “strategic equity funding” from a slew of high-profile investors such as Siemens’ Next47 and Jim Pallotta’s Raptor Group, Shopify, Slack, HubSpot, Okta and Social Capital’s Chamath Palihapitiya. With this latest round, Pipe has now raised about $316 million in total capital. The new funding was raised at “a significant step up in valuation” from the company’s last raise.

As a journalist who first covered Pipe when they raised $6 million in seed funding back in late February 2020, it’s been fascinating to watch the company’s rise. In fact, Pipe claims that its ability to achieve a $2 billion valuation in just under a year since its public launch in June of last year makes it the fastest fintech to reach this valuation in history. While I can’t substantiate that claim, I can say that its growth has indeed been swift and impressive.

Hurst, Josh Mangel and Zain Allarakhia founded Pipe in September 2019 with the mission of giving SaaS companies a way to get their revenue upfront, by pairing them with investors on a marketplace that pays a discounted rate for the annual value of those contracts. (Pipe describes its buy-side participants as “a vetted group of financial institutions and banks.”)

The goal of the platform is to offer companies with recurring revenue streams access to capital so they don’t dilute their ownership by accepting external capital or get forced to take out loans.

More than 4,000 companies have signed up on the Pipe trading platform since its public launch in June 2020, with just over 1,000 of those signing up since its March raise, according to Hurst. Tradable annual recurring revenue (ARR) on the Pipe platform is in excess of $1 billion and trending toward $2 billion, with tens of millions of dollars currently being traded every month. When I last talked to the company in March, it had reported tens of millions of dollars traded in all of the first quarter.

“Growth has been insane,” Hurst told TechCrunch. “This speaks to why we managed to raise at such a high valuation and attract so much investor interest.” 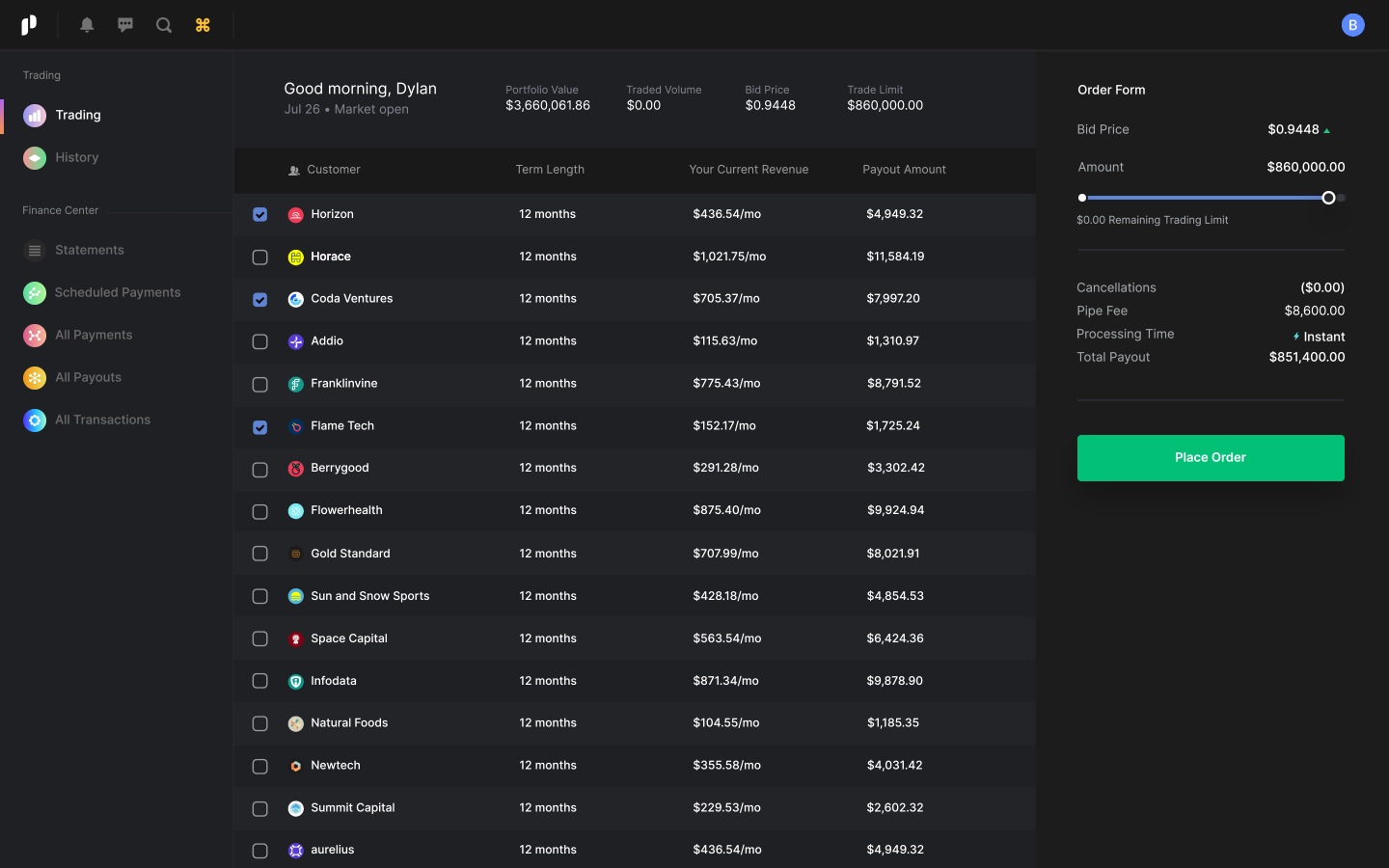 Over time, Pipe’s platform has evolved to offer non-dilutive capital to non-SaaS companies as well. In fact, 25% of its customers are currently non-SaaS, according to Hurst — a number he expects to climb to over 50% by year’s end.

“Any business with very predictable revenue streams is ripe for trading on our platform,” Hurst emphasizes. “We have unlocked the largest untapped asset class in the world.”

He emphasizes that what Pipe is offering is not debt or a loan.

“Other companies in this space are dealing in loans and they’re actually raising debt and giving companies money — like reselling debt,” Hurst said. “This is what differentiates us so massively.”

Pipe’s platform assesses a customer’s key metrics by integrating with its accounting, payment processing and banking systems. It then instantly rates the performance of the business and qualifies them for a trading limit. Trading limits currently range from $50,000 for smaller early-stage and bootstrapped companies to over $100 million for late-stage and publicly traded companies, although there is no cap on how large a trading limit can be.
Pipe has no cost of capital. Institutional investors compete against each other for deals on its platform. In return, Pipe charges both parties on each side of the transaction a fixed trading fee of up to 1%, depending on the volume.

The startup has been operating with a lean and mean strategy and has a current headcount of 34. Pipe plans to use its latest capital in part to double that number by year’s end.

“We haven’t actually spent a penny of our prior financing,” Hurst told TechCrunch. “But we’re seeing huge demand for the product globally, and across so many different verticals, so we’re going to use this capital to not only secure the future of business obviously but to continue to invest into growing all of these different verticals and kick off our global expansion.” 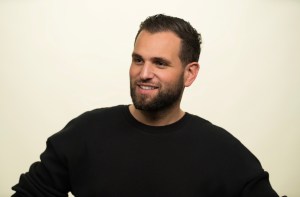 Ashton Newhall, managing general partner of Greenspring Associates, described Pipe as “one of the fastest-growing companies” his firm has seen.

The startup, he added, is “addressing a very large TAM (total addressable market) with the potential to fundamentally shift the financial services landscape.”

In particular, Greenspring was drawn to Pipe’s alternative financing model.

“While there are many companies that service specific niches with traditional lending products, Pipe isn’t a lender,” Newhall told TechCrunch. “Rather, it’s a trading platform and does not actually raise any money to give to customers. Instead, Pipe connects customers directly with institutional investors to get the best possible pricing to trade their actual contracts in lieu of taking a loan.”

This article was written by Mary Ann Azevedo for TechCrunch

The ‘Nasdaq’ for trading recurring revenue gets backed by Benioff, Palihapitiya, Shopify

Why One Startup CEO Lets Employees Cash Out Every Year

Why Your Distributed Team Should Consider Microhubs

In The News | Pipe on VC Guide’s The Wishlist

It’s Not Debt, It’s Better: an Interview with Harry Hurst of Pipe