Los Angeles is home to around 5,000 startups, the majority of which are in their young, formative years.

Which of those thousands are poised for a breakout in 2021? We asked dozens of L.A.’s top VCs to weigh in. We wanted to know which companies they would have invested in if they could go back and do it all over again.

Yesterday, our investors picked their favorite Series-A or later startups, and not surprisingly there was more consensus, with familiar names like PopShop Live and Scopely leading the way.

But the most lucrative returns come from identifying companies in their infancy, as recent blockbuster IPOs vividly demonstrate. For instance, Sequoia’s $600,000 seed check to Airbnb in 2009 accounted for 70% of its shares in the company and helped it get into competitive later rounds. When the vacation rental service went public last month, Sequoia’s stake was worth $4.8 billion.

What will be the next breakout? The complete list is below and is ranked in random order except for the first three, which stood out by virtue of getting multiple votes: Pipe enables companies with recurring revenues to tap into their deferred cash flows with an instant cash advance. Clash App, Inc., is a TikTok alternative launched by a former employee of the social network in August. And XCLAIM allows bankruptcy claims to be digitally traded. 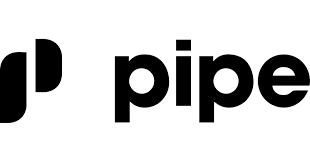 Pipe provides financial services to help cloud service companies tap into their deferred cash flows, allowing them to continue growing without taking on debt or giving up ownership. For subscription-based businesses, this makes it “as if all of your customers converted to annual plans overnight,” according to the company.

Founded by Harry Hurst, Josh Mangel and Zain Allarakhia, the company raised $66 million of seed funding earlier this year in a deal led by Craft Ventures and Fin Venture Capital.

The ‘Nasdaq’ for trading recurring revenue gets backed by Benioff, Palihapitiya, Shopify

Why One Startup CEO Lets Employees Cash Out Every Year

Why Your Distributed Team Should Consider Microhubs

In The News | Pipe on VC Guide’s The Wishlist

It’s Not Debt, It’s Better: an Interview with Harry Hurst of Pipe