An L.A.-based mobile platform that allows users short on cash to borrow and loan funds of under $1,000 has attracted a $10 million Series A investment.

SoLo Fund’s target market has always been Americans living paycheck-to-paycheck. The peer-to-peer lending app sees itself as an alternative to high-interest payday lenders.

The stay-home economy that has shuttered restaurants, closed down hotels and emptied shops has accelerated its use, as retail and service workers find themselves in a financial pinch, many unable to make payments on their car or electricity bill.

“We were doing this before we realized how big this would be, and it was magnified by the global pandemic,” said SoLo co-founder and CEO Travis Holoway. “It was an opportunity for many businesses.”

The fintech startup’s rapid growth helped it land the investment. The latest round was led by ACME Capital, and includes Impact America Fund, Techstars, Endeavor Catalyst, CEAS Investments and others.

SoLo borrowers are not charged interest but instead participate in an auction-style process to get up to $1,000 deposited into their checking account by a lender on the company’s platform. Anyone can borrow or lend via the SoLo app. 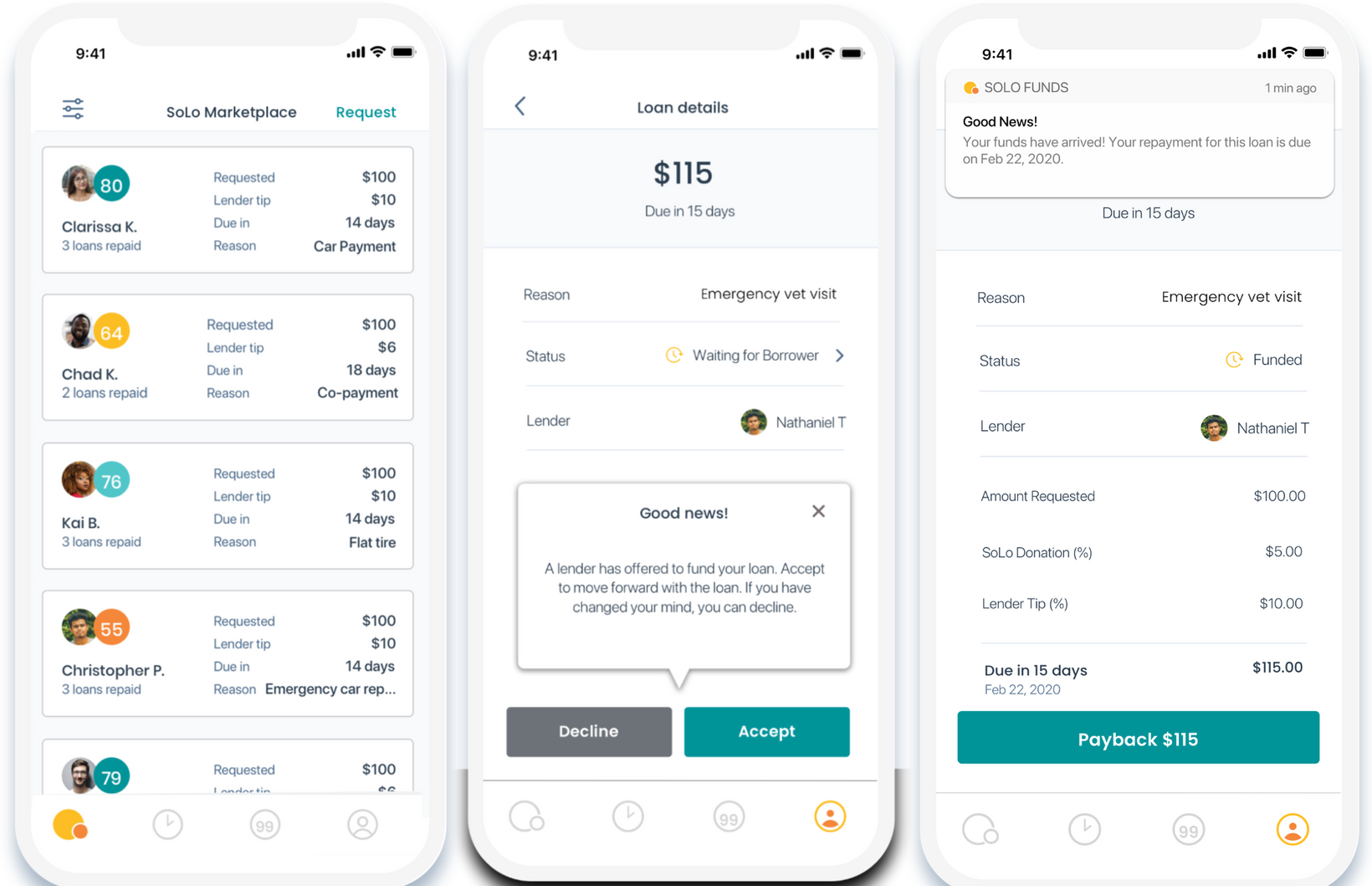 The borrower agrees to terms with the lender to repay in no more than 30 days the loan principal plus a so-called tip, a premium on top of the loan amount. SoLo can also get a cut of the payback in loaned money if the borrower OKs an additional payment – called a donation – to the company. The tips and donations are voluntary. Tips made by borrowers to the lenders average about 10% of the loans, with roughly 3-4% of the loan amounts donated to the company, Holoway said.

SoLo is one of several fintech startups in the peer-to-peer loan space.

Image: Rodney Williams (L) and Travis Holoway are the co-founders of SoLo.

40 Social Entrepreneurs to Watch for in 2022

How 5 women leaders in LA tech are changing their industries