In Biden’s broadband plan, cable is in for the fight of its life

The Biden administration’s broadband plan read like a dream come true to Donnel Baird. The $2 trillion American Jobs Plan, introduced in late March, had a whopping $100 billion for broadband infrastructure baked in — and a promise to give that money first and foremost to affordable local networks owned by municipalities and co-ops.

Last year, at the start of the pandemic, Baird, who is CEO of the greentech startup BlocPower, helped launch one such co-op in the Bronx, which is now providing fiber connectivity to nearly 200,000 people in the local community for free. Before President Biden took office, Baird says he met with Biden transition staffers to talk about this work and how investing in community-owned broadband networks could help close the digital divide once and for all.

Months later, here was the White House’s stamp of approval. Then came the phone calls.

First, the director of a D.C. advocacy firm Baird works with called him. Then it was a friend who works for a tech giant. Two more New York lobbyists who knew BlocPower’s general manager from his days as a Democratic organizer called, too. The message from all of them, Baird said, was simple: “Telecom lobbyists’ heads are exploding…”

Power to the people

Baird’s company, BlocPower, does not on its face have much to do with broadband. It helps retrofit buildings to be more energy-efficient using data to analyze a given building’s needs. But the technology BlocPower deploys at these locations requires a strong broadband connection, something Baird has found is lacking in low-income areas, even in an ultra-connected city like New York.

At the start of the pandemic, Baird said a group of congregations in the Bronx that he had worked with before began contacting him, asking whether he could help them secure free Wi-Fi for students in their community. Baird, who had already set up a mesh network in Brooklyn prior to the pandemic, agreed, and raised $2 million in philanthropic funding to do the same in the Bronx.

Baird recruited workers from an electricians union, who had been on strike from Spectrum for years, to build and maintain the network, which lives on the roofs of low-income housing buildings. Now, BlocPower, together with those workers and the South Bronx Churches, collectively own the ISP cooperative behind the network. As of mid-April, the mesh network was serving nearly 200,000 people in the Bronx for free, and Baird expects the co-op will charge users between $7 and $10 per month after the pandemic ends. “This is closer to the real cost,” Baird said. “Once you get to 2,500 users onto the system, you’re set. Anything after that is profits. You can invest those profits in expanding the system to more neighborhoods.” 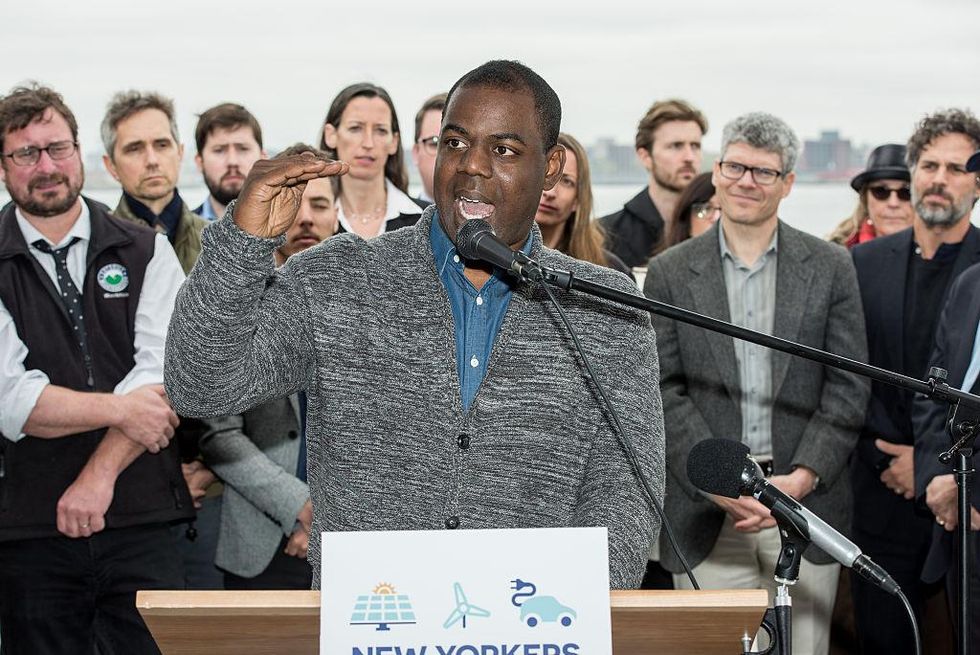 BlocPower, South Bronx Churches, the striking union workers and the workforce development nonprofit Bitwise Industries are all joining forces to push Congress on Biden’s broadband plan. “We have a lot of relationships with a lot of members of Congress who care about what our constituents think and feel. We’re going to make sure they know that,” said Michael Stanley, lead organizer for South Bronx Churches, which is part of a national network of congregations called the Metro Industrial Areas Foundation.

Another powerful ally in Baird’s corner? Software mogul and philanthropist Mitch Kapor, who is a BlocPower investor and a proponent of community-owned broadband. “It’s about where the control is and the power is in society,” Kapor said. “We’re rethinking that. There are big stakes here.”

As co-founder of the Electronic Frontier Foundation, Kapor said he still has “scar tissue” from his days navigating Washington, and he’s now working to help Baird do the same. It may well come in handy that President Biden has tasked Vice President Kamala Harris with shepherding the broadband plan through Congress — Kapor says he’s known Harris since her days as California attorney general…

Click HERE to read the full article on Protocol.

The 2022 CNBC Disruptor 50 list: Meet the next generation of Silicon Valley

This U.S. city just voted to decarbonize every single building

Blocpower is a CNBC Disruptor 50 company

Block by block, he aims to fight injustice and save the planet

BlocPower on NPR | Fighting Climate Change, One Building At A Time

Impact Magazine: “Our goal is to expand clean energy in all of America’s inner cities.” Donnel Baird partners locally for a better future.

Laws capping building emissions could be gold for proptech