Epsilon3 lines up $2.8M seed round to modernize space and launch operations

You’ve got a hundred-million-dollar mission — why are you using software built in the ’90s to design and launch it? That’s the question being asked by many new space companies, and Epsilon3 is looking to help them bring their operations out of spreadsheets and Word docs and into a modern and collaborative work platform.

We covered Epsilon3 when they made their debut last year, and since then the company has been hard at work bringing its OS for launch ops from prototype to product, and signing on customers — of which it now counts a couple dozen. And it has followed that pre-seed round with a $2.8 million seed.

“Last year we were just getting the MVP out to our first customers,” said Laura Crabtree, co-founder and CEO of Epsilon3. “Some people were hesitant to jump on a new platform, but we’ve been pleasantly surprised by the willingness to adapt to a new way of doing things.”

Part of the company’s time was spent going through its own adaptation process as part of Y Combinator’s Summer 2021 cohort.

“I come from an aerospace background, so I understand our customers,” said Crabtree, formerly of SpaceX and Northrop Grumman. “I joined to learn about building a business, and how to run a business. Something YC really helped us with was starting that process of transitioning from what we want to build to what our customers need, and setting priorities on what to build.”

While Epsilon3’s platform was originally meant as a modern way to run ongoing launch and satellite operations, even its earliest customers showed that it had uses beyond that.

“We’ve been surprised by all the different use cases for the software in different industries,” said Max Mednik, the company’s COO. “But a lot of our customers are using it for new hardware, integration and testing procedures. They’re finding that using Word or Confluence or Wikipages doesn’t cut it when their teams are growing and they’re trying to hit some ambitious goals.” 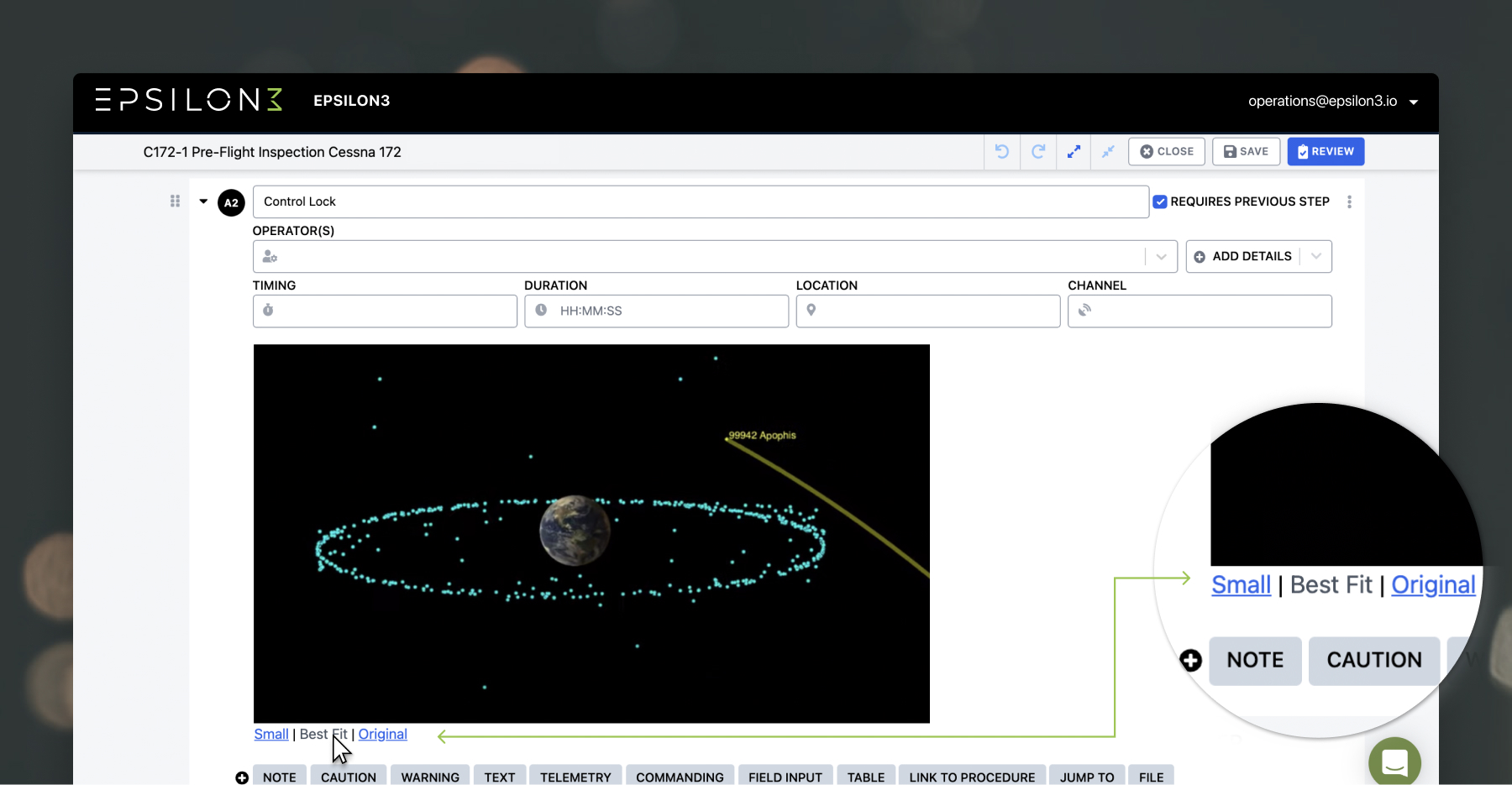 “Like… you can get by, and some companies we help are getting by, with a giant spreadsheet with links to stuff, or a giant folder on a shared drive with all the files. But it’s really easy to make a mistake,” he continued.  “A lot of times you’re writing down data as you test something, and having access to all your past runs and having an audit trail, other tools are just not good at that. You’re going to have millions of copies of the same thing. If something goes wrong you can lose a ton of time.”

Epsilon3 has an API for live telemetry to track and record data during testing in an equally robust but less ramshackle way. It also includes features like multiple operator sign-off, a must in industries like aerospace and defense where several people need to check and verify a data point or flow.

Integrating other services and platforms is also an important part of being user-friendly. This whole thing may sound similar in some ways to First Resonance, another software platform for space-related development. Since they fit in different parts of the long and complex process of building and launching orbital assets it makes sense for them to be friends rather than competitors. 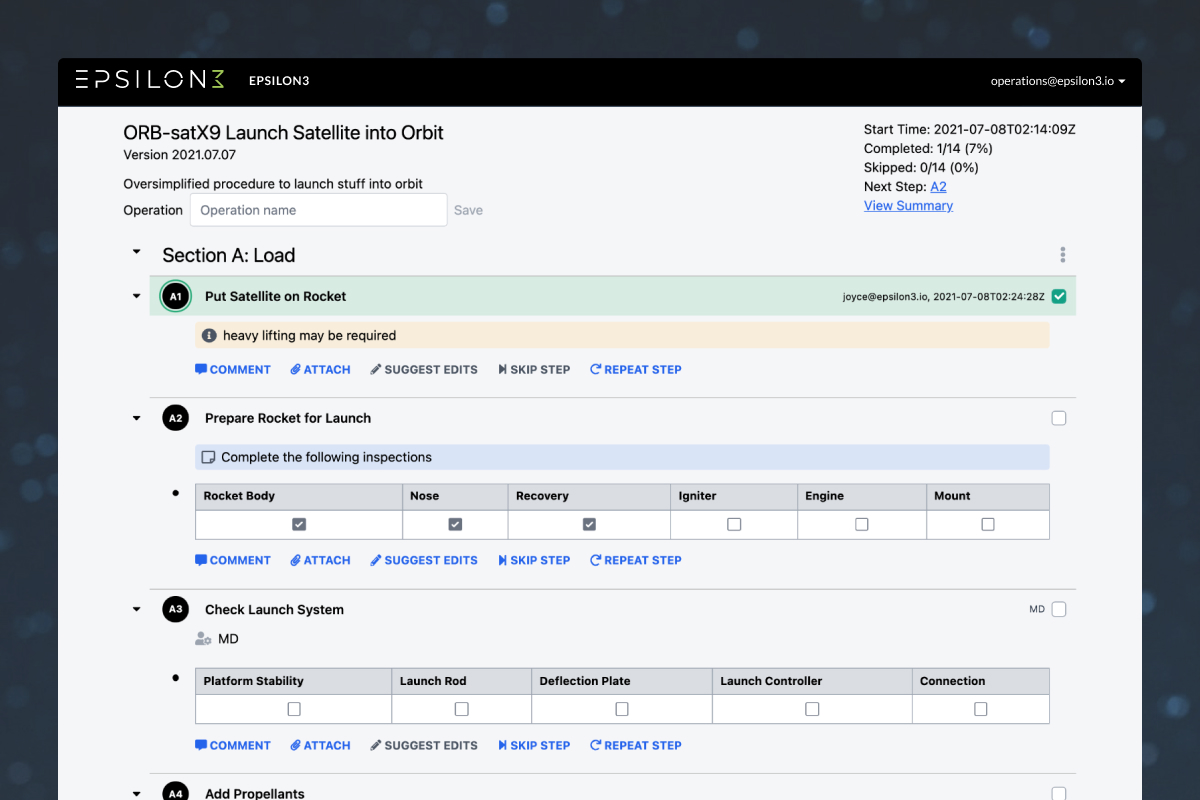 “We’ve already talked to [First Resonance] about passing data back and forth,” said Crabtree. “They’re on the design and hardware piece, we’re later, in testing and ops, and hopefully you have that loop back. We do want to open up hooks to integrate data from other tools, we think that’s a huge value add.”

“A lot of people have been asking for more automation support, and other integrations, like Jira for tools and infrastructure, metrics and analysis — building native integrations beside our API so you can just have things inter-operate,” Mednik added.

There’s a lot on the company’s plate, but their customers seem to be happy to pay for what they’re getting already. Mednik said the company has multiplied its ARR by 50x since last year, and more than tripled its customers. They listed Firefly, Astrobotic, OrbitFab, Venus, Gilmour Space, Stoke Space and more among them, along with others that can’t yet be mentioned publicly. 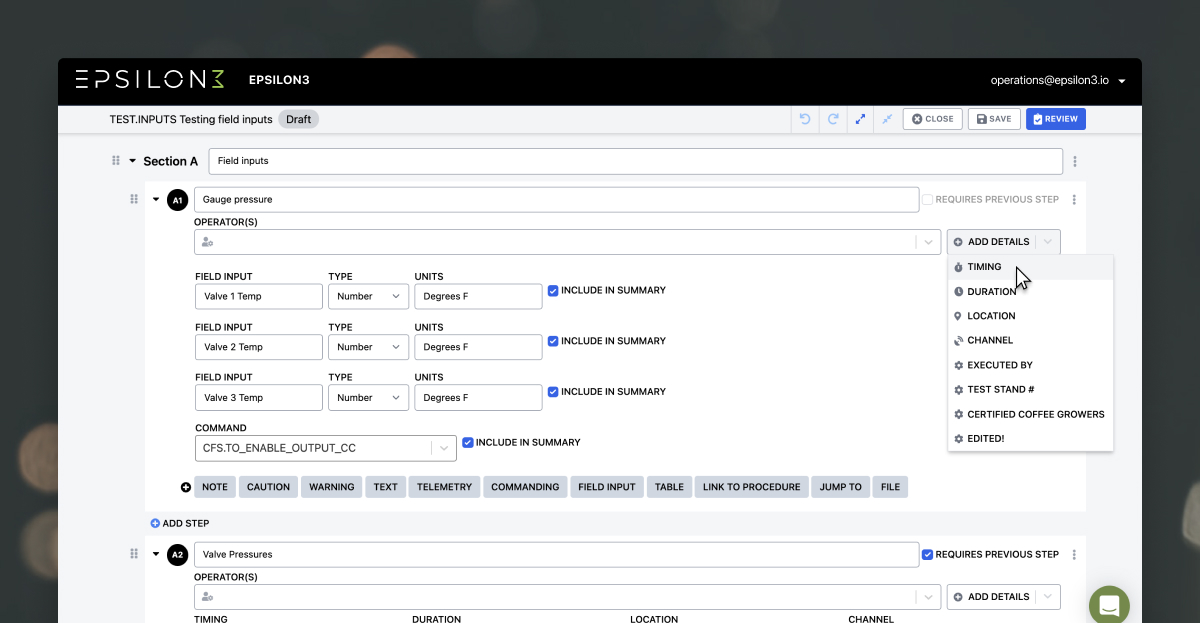 “There was lots of leveling up on the infrastructure side,” he recalled. “They were like, have you even tested it with this many people? Well, we did our best. I think it did OK.”

“It did more than OK, Max. I think it did very well,” replied Crabtree.

The focus with the new funding is continuing to expand the product and team. They’ve gone from the original three-founder team (Aaron Sullivan is the co-founder, and chief engineer) to 21 total — still small but well beyond the “garage” stage for a startup like this.