African startups raised between $4 billion to $5 billion in 2021, according to various reports. For years, tech publications run by local digital media startups have worked hard behind the scenes in placing African startups at the faces of global investors, shaping the narrative of African tech and its build-up to an inflection point last year.

However, for all their effort and importance to the tech ecosystem, raising significant venture capital seemed elusive to startups in Africa’s digital media landscape that rely on grants and personal funding to scale.

But today’s news shows some promise as Big Cabal Media (BCM) — the Nigeria-based media company that houses two well-known publications, TechCabal and Zikoko — is announcing that it has raised $2.3 million in seed funding to expand its audience and build new verticals.

The seed round follows a $620,000 angel and pre-seed round BCM raised between 2016 and 2020, bringing its total funding to over $2.9 million. MaC Venture Capital led the round while VC firms Luminate, Unicorn Group, Future Africa, and several angel investors participated.

BCM was founded by Seyi Taylor and Bankole Oluwafemi in 2013. Tomiwa Aladekomo, the company’s CEO, took over from Taylor in 2018.

In 2014, the Nigerian tech scene was coming of age as more local and global venture capital flushed into startups building the next big thing. With no publication actively chronicling events surrounding that ascent, TechCabal saw a gap, set up camp to be the primary source of telling stories about players within the tech ecosystem and has not looked back since.

Four years on, it’s now one of the most-read tech publications covering Africa’s technology ecosystem, from startups and innovators to venture capitalists and policy-shaping events. It also has newsletters such as The Next Wave and TC Events, an events arm that organizes well-sought-after gatherings of operators and investors.

CEO Aladekomo told TechCrunch on a call that TechCabal’s website reaches 300,000 to 500,000 unique readers monthly. He also said the publication’s newsletters are read by more than 60,000 subscribers across more than 30 countries.

While TechCabal targets stakeholders in the tech space, Zikoko has a different audience. The publication, launched in 2016, creates and curates content around African youth culture for Gen Zs and millennials within and outside Africa.

Initially, Zikoko was pretty lightweight, adopting BuzzFeed’s type of content and churning out witty listicles and quizzes to its first set of audiences. Some sections of Zikoko’s website still revolve around this coverage, but the publication has evolved to become a chronicler of a lot more serious stuff — telling stories about the everyday life of young people in Nigeria via content, video, images and memes.

Zikoko reaches over 20 million readers in a single month across different platforms at its peak, Aladekomo said. The publication’s newsletter has an audience of more than 100,000 readers monthly.

“I think even more important than just sort of like the sheer numbers are the impact. It’s our ability to drive conversations about money, relationships, careers in ways that nobody else is doing,” said the chief executive. “To be a voice of citizens and government in a way that nobody else does, I think that’s been supercritical with Zikoko.”

The primary direct source of revenue for TechCabal and Zikoko is advertising, both on its websites and newsletters. Other prominent publications within Africa’s tech and entertainment media such as Techpoint Africa, Pulse, TechNext and Benjamindada.com also depend on advertising revenues.

Although there are questions about the long-term sustainability of this model due to the influence of Google, Facebook and their duopoly on advertising dollars, the following alternative — subscriptions — isn’t exciting for their target audiences in Africa who would rather pay for music or movies than news.

A few publications such as WeeTracker and Stears, whose focus is on Nigeria’s business, economic and political news, operate this model; however, it is unclear if they’re finding success with it. 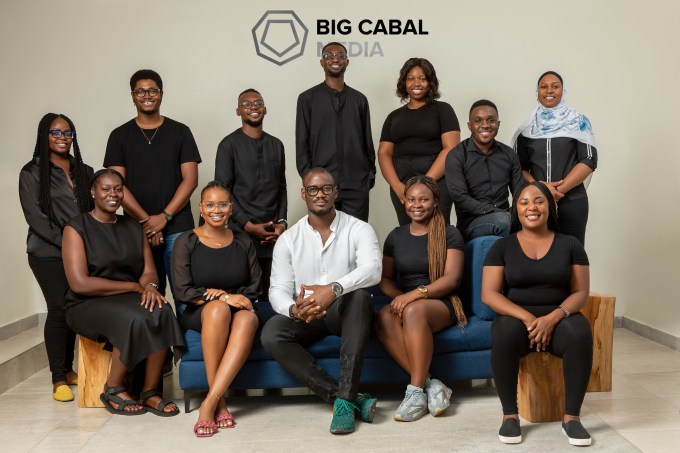 Not overly reliant on advertising, BCM houses other arms serving different clients and generating revenue for the publications to thrive. Cabal Creative, for instance, is an in-house content studio that has produced content for global brands such as Google, Uber and Coca-Cola. TC Insights, a data analytics consulting service, works on research, data and industry strategy on different projects. TC Events is also a significant revenue driver for the company. BCM said revenue last year was 4x what the company recorded in 2020 while maintaining a CAGR of 225% over the previous four years.

“We think of ourselves as a media company building the future of media. From a revenue perspective, we’ve always thought that multiple revenue lines are critical to support publications that can thrive and meet their editorial ambitions,” said the CEO.

“And so our structure allows each of those publications to be well funded — the money that comes in allows us to pursue more ambitious editorial projects.”

It’s challenging to build a media company anywhere in the world. But not long ago, in the mid-2010s, U.S. digital media startups were hotshots for investors as platforms like Vice and BuzzFeed were major recipients of the over $1 billion pushed into the space.

Last year, only $115 million was invested in digital media startups in the U.S. The pandemic and remote work have led to individual journalists leaving legacy publications to become their bosses on platforms like Substack.

Digital media in Africa is years behind the U.S. market of the mid-2010s. At almost $3 million, BCM is currently the most funded of the lot. Other technology-focused media startups to have raised publicly disclosed VC money are very few, including Stears, which raised $600,000 seed in 2020 and WeeTracker, $400,000 seed the same year.

And though the race to get there is a collective one, it’s also a personal one. For BCM, the plan is that with 60% of Africa’s 550 million internet users under the age of 25 online, it sees a massive opportunity — where traditional media is slacking — to become the go-to source for their news and content across tech, pop culture, lifestyle and entertainment.

“Despite the macro challenges of scaling a media company in Africa, we’re building thriving brands, robust, covering grounds that nobody else is covering,” Aladekomo said.

“Media is important and asides from being one of the few publications that have taken in venture capital, we’re one of the few businesses looking at media and its future seriously on the continent. We’re tackling it with seriousness, building a profitable high growth business, and we want to shape how to tell Africa stories that make us influential in ways that we currently are not.”

Aladekomo said this new investment helps BCM invest significantly in its technology and optimize publications’ websites. It also plans to further develop Zikoko Memes, a Giphy-like product focused on African memes, gifs and images the company launched in 2020. Lastly, it will use the new funds to grow its audience, make hires across the board, and consolidate its position as one of Africa’s most influential media and technology brands.